Recommendations from entering systems of fertilizers

On the basis of a full soil analysis results PLT provides detailed recommendationson the application of mineral fertilizers, micronutrients and plant protection products in accordance with the indicators of soil fertility, groundwater areas, varieties and predecessors. 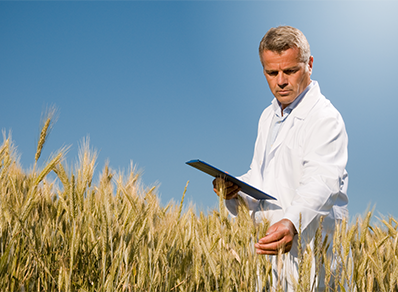 Fertilizers must be placed in the soil, so that they were in a wet layer of soil in the area of the vigorous activity of the root system of the plants (15 - 25 cm), as well as in shallow fertilizers and surface application without incorporation (0 - 5 cm), they will be in the dried top layer of soil over the root system of plants and do not give the desired effect. In addition, be aware that the fertilizer into the soil may remain at the site of their application (bookmarks) and move in different directions. Fertilizer nutrients usually move in the soil with the water, and their movement is influenced by both soil properties and the nature of the fertilizer itself. So, on heavy clay and loamy soils fertilizer moving much slower than light sandy soils, so the greater the risk of the latter leaching of nutrients beyond the root layer. Given this, the clay soils fertilized less than sand, using the maximum recommended dose. Light soils fertilized more often, but smaller doses, ie, the same dose of fertilizer on clay soil is made at a time, and on the sand - in two or three divided doses.

On hilly terrain often found dry and eroded areas. Low soil moisture, low levels of organic matter and the presence of free lime make these areas are very sensitive to the introduction of nitrogen in the line during sowing. The dose of nitrogen fertilizer at such sites is often less than the rest of the field. Accordingly, the optimum dosage for the entire field will depend on the dose of fertilizer for the most sensitive portions of the area.

The depth of planting and seed quality

The seeds of low quality and excessive planting depth culture make more vulnerable to nitrogen fertilizers. Using the seeds with a high germination percentage gives more rapid emergence of seedlings and reduces the possibility of damage from fertilization. 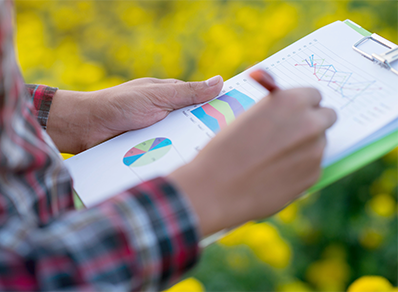 Potassium is more available to the plant in the soil than phosphorus, but for annual crops Potassium fertilizer more effective when incorporated in the string at sowing. The maximum quantity that can be logged for at sowing cereals - 40 kg / ha. For crops such as canola or flax, the maximum safe dose - 20 kg / ha. Adding randomly it can be carried out in autumn or spring. In light soils having low absorption capacity, potash expedient (avoid loss of potassium from leaching) to make together with nitrogen fertilizers spring under cultivation, and under row crops of these fertilizers in transfer dressing.

The most commonly used potassium fertilizer is used for direct application or as mixtures with fertilizers phosphorus and nitrogen, for obtaining fertilizer 10-30-10, 8-24-24, 13-13-13, etc.

Sulfur in the form of a sulfate becomes easy enough available in wet soil. Therefore sulfur fertilizer may be applied as a randomly and banded. Elemental sulfur and gypsum may also be used as sulfur fertilizer.

Containing 22-24% of the sulfur as sulfate, typically used in a mixture with nitrogen fertilizers, combined with ammonium phosphate for fertilizer or urea type 16-20-0-14S - 34-0-0-11S.

Contains 11% of the sulfur as sulfate, the best for use in acidic soils, in which sulfur deficiency possible.

Carried from ammonium phosphate and ammonium sulfate, used as a single application of nitrogen, phosphorus and sulfur in a single fertilizer.

Elemental sulfur fertilizer, granular product which can be mixed with other fertilizers (except ammonium nitrate). The elemental sulfur must be converted to sulfate (available form for the plants). Converting to form sulfate conducted soil bacteria and requires several months of warm, moist soils.

Contains 18% of the sulfur as sulfate Not soluble as ammonium sulfate. Used as a single application of calcium and sulfur in a single fertilizer.